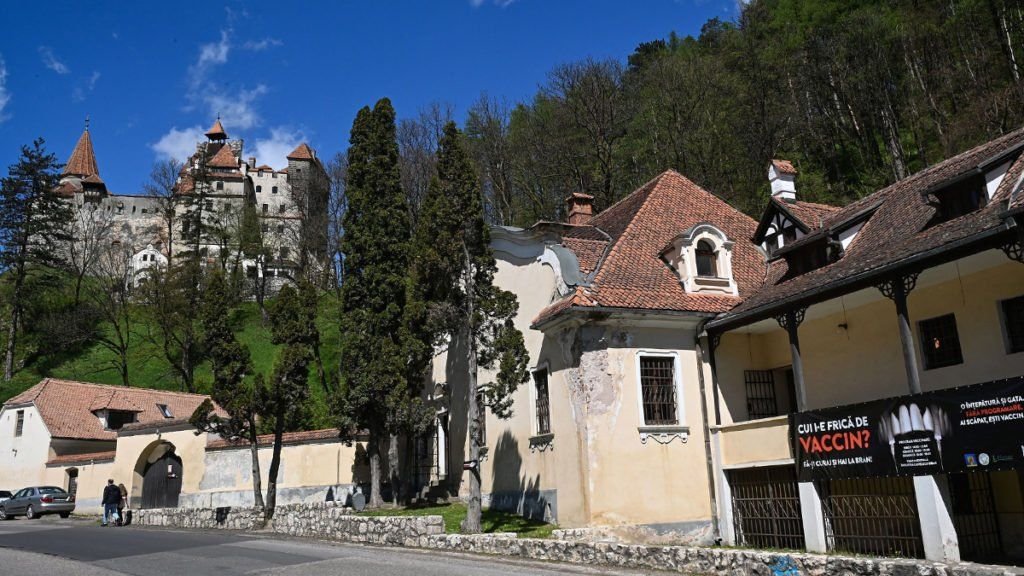 (CNN) — A Romanian castle said to be the home of Dracula is offering free COVID-19 jabs to visitors as part of a vaccination drive.

Completed in 1388, the castle sits outside the city of Brasov. It resembles the castle inhabited by Count Dracula, the main character in Irish author Bram Stoker’s novel “Dracula,” published in 1897.

Dracula is thought to have been inspired by the bloodthirsty 15th-century ruler Vlad III Dracula, commonly known as Vlad the Impaler, who ordered the brutal torture and killing of tens of thousands of people during his reign.

The castle has become a popular tourist attraction, and those who visit on any weekend in May will be able to get a vaccination without an appointment, according to the Facebook post.

“All beneficiaries will receive a ‘vaccination diploma at Bran Castle’ and, if they choose to visit the Castle, will have free access to the Exhibition of Medieval Instruments of Torture,” reads the post, which adds that you can get a vaccine without entering the castle if you prefer.

While the castle is keen to play on its association with Dracula in this instance, its website also carries a message to those who might think the character is real.

“Visitors to Bran Castle should make the distinction between the historic reality of Bran and the character of the Count in Bram Stoker’s novel,” it says. “Dracula exists in the imagination.”

Romania has recorded more than a million coronavirus cases and over 29,000 deaths, according to data from Johns Hopkins University.

In April, a survey by consultancy Globsec found that Romanian and Bulgarian respondents were least inclined to get a coronavirus vaccination among people surveyed in 10 Central and Eastern European countries.