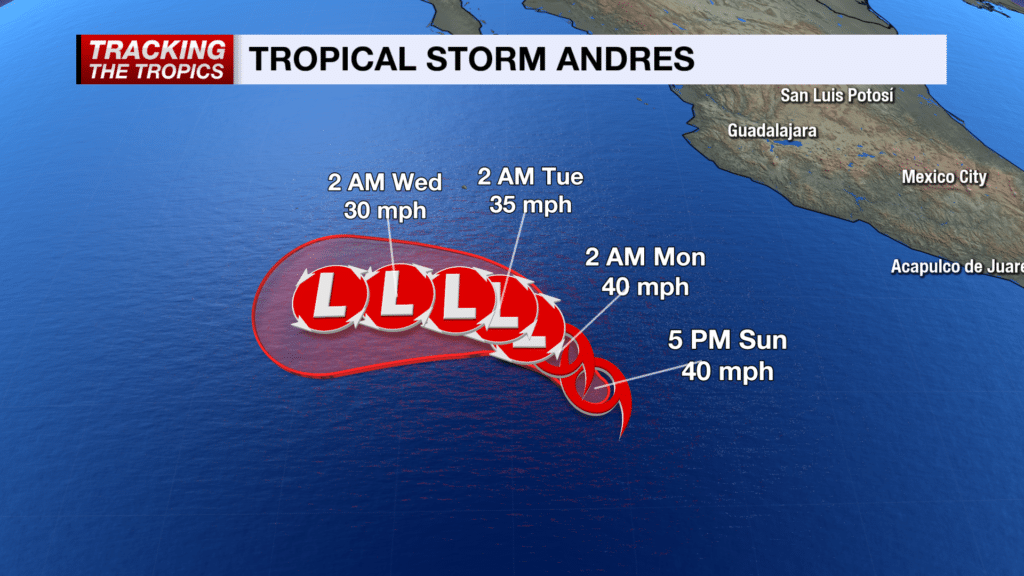 While the tropical Atlantic remains quiet, the Eastern Pacific is already dealing with its first named storm of the season.

Tropical Storm Andres developed Sunday afternoon, about 620 miles south of the southern tip of Baja, California.  According to Colorado State University Hurricane Researcher Dr. Philip Klotzbach, this is the earliest a named tropical system has ever formed in the Eastern Pacific.

Fortunately, Andres is expected to move away from land, and ultimately weaken over the next few days, not posing a threat to Mexico or the United States.

For now, the Atlantic basin remains quiet with no tropical development expected over the coming week.  However, after an active 2020 and another active season forecasted for 2021, now is the time to start preparing.  Any storms that do develop in the month of May, typically form in the Caribbean, close to Florida.

Make sure that you and your family are prepared for any storms that may develop and stay with the NBC 2 Hurricane Tracking Team for the latest.