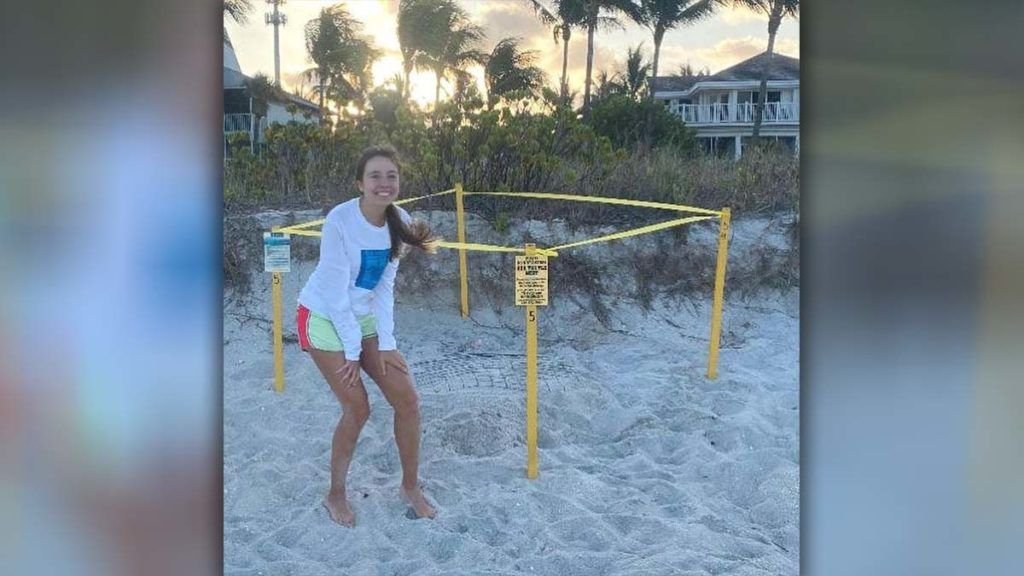 SANIBEL ISLAND, Fla. — Sea turtle nesting season is starting to pick up speed and volunteers are locating and roping off more nests on Sanibel and Captiva shores.

So far, turtle nest monitoring crews with the Sanibel Captiva Conservation Foundation have located 70 nests on Sanibel and 25 on Captiva.

“So far, the counts are on pace with 2019, a strong year that finished with 848 total nests,” SCCF Coastal Wildlife Director Kelly Sloan said. “It’s still too early in the season to know how things will shake out, but we are hopeful for another great year.”

Since May 1, the nighttime tagging team has seen 29 female turtles return to Sanibel/Captiva to lay their eggs. One of the returning loggerheads, and one of the biggest, Paper Fig, laid a nest in the area in 2016 and 2019 prior to being seen this year.

Paper Fig has laid eight nests on Sanibel during the past three years. She’s pictured below covering her nest:

If you’re on the beach at night, do your part in keeping them sea turtle friendly. Turn off lights, don’t use flashlights or phone lights, pick up trash, knock over sandcastles and fill in holes.

Sea turtle nests are often located close to areas with high foot traffic. If you see a nest, do not disturb the protective screens in the sand. The screens protect the eggs from predators and allow hatchlings to emerge without assistance.

Notice anything odd? Report any issues with nests, nesting turtles, or hatchlings, by calling the Sea Turtle Hotline at 978-728-3663 (978-SAVE-ONE).