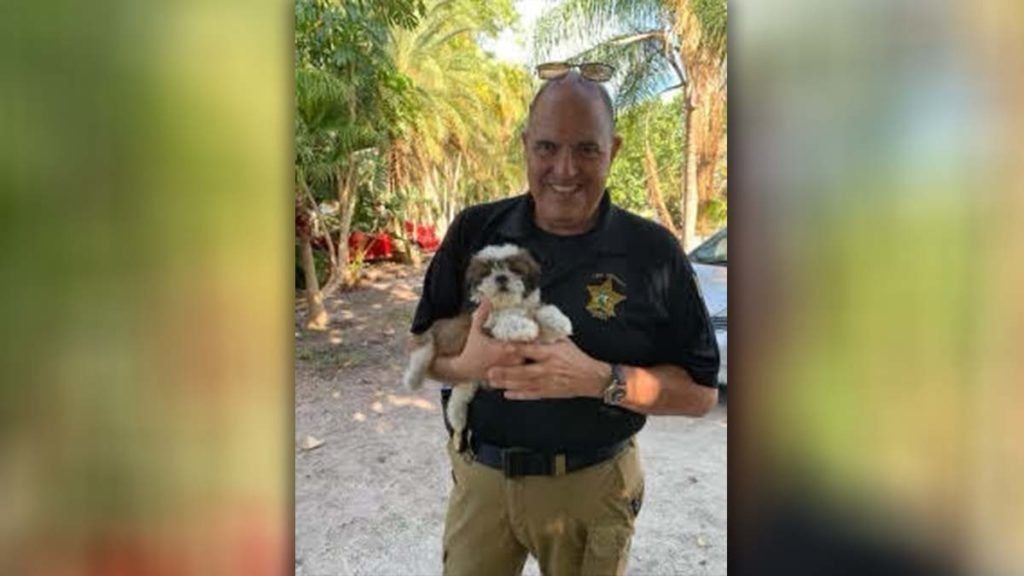 FORT MYERS, Fla.– A puppy that was stolen from a Fort Myers pet store has been found safe, according to law enforcement.

Fort Myers police were searching for a man who stole the 9-week-old Shih Tzu. Officers said, “the suspect has been identified and the puppy has been recovered safely.”

According to officials, Drumheller walked into the Cleveland Avenue Pet Kingdom on Saturday evening. He then stuffed the puppy under his shirt and walked back out of the store.

Drumheller’s close relative tells us Drumheller brought the dog to family members in Bookelia. The family member said the recipients of the puppy had no idea the dog was stolen.

“He told them that he worked on a truck and the people couldn’t pay him so they gave him the puppy instead,” said the relative.

The relative called police Tuesday morning after realizing the puppy had been stolen.

Drumheller’s family tells us he has struggled with mental health for years after serving time in the Navy. The family hopes this incident will be a wake up call Drumheller needs.

“Family just stressing and worrying about him. We want him to get help but there’s nobody out there who will help him,” his relative said.

The puppy that was stolen was estimated to cost around $3,300.