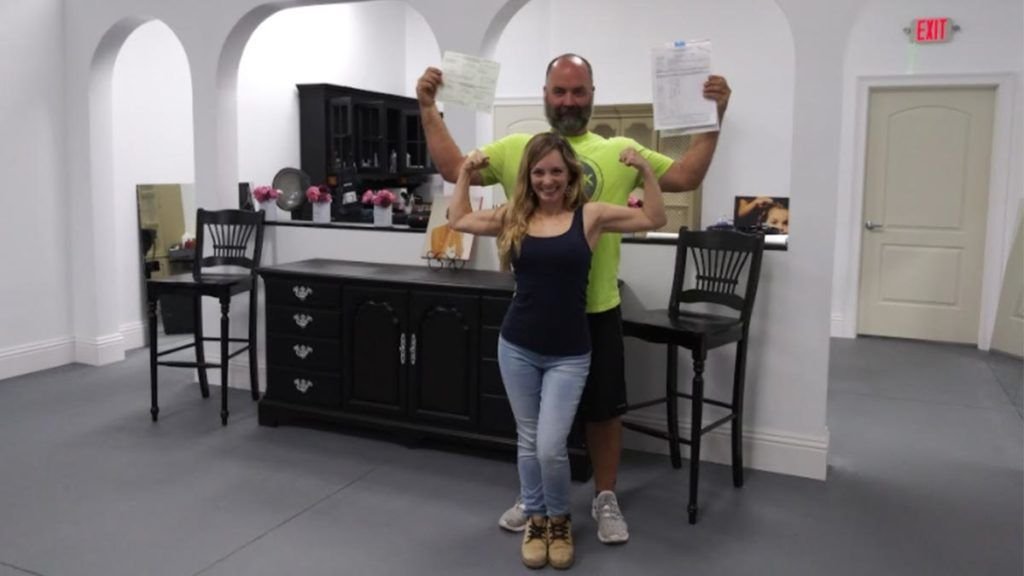 “I believe when you dream big and have dreams big enough to scare you then you’re probably in the right place,” said Amy.

While her passion lies in bridal hair design, she aimed for an even bigger goal last year, opening a new salon in Naples, La Sabrina Hair Design. They officially opened their doors the same month the coronavirus pandemic shut down the country.

“I felt like I was running this race and finally saw the finish line,” explained Amy.  “And then it was like the finish line just moved that much farther away.”

Amy and her husband Bill, a carpenter who helped build the salon space, took the setback in stride.

“We’re doing something right and obstacles come, and that’s just part of this journey,” said Amy.

Salons were given permission to re-open on May 11. Two days later, Bill got a call that would change their lives.

“The alarm company called me and said ‘someone just broke into your house,’” said Bill.  “And then we could see the smoke from where I was.”

Bill realized firefighters had busted down their front door to fight flames, now engulfing their home. The 36th Avenue Southeast fire started earlier that day.  The fire near the Button’s home on 22nd Avenue Southeast officially merged with the first, creating the monster fire that eventually burned 8,600 acres.

As their house burned, the Buttons were grateful for one thing.

“That day, for whatever reason, Billy woke up and was like, ‘you know I don’t feel like they should be home today,’” said Amy.

Their three kids would normally be at home on a Wednesday, their oldest child able to babysit her siblings. The Buttons said Bill’s decision to take them to the salon that day, was an act of God.

“We believe the Holy Spirit spoke to me and just prompted me,” said Bill.  “Looking back you can see He knew what was gonna happen, and He protected us.”

One year after the tragedy, not much has changed at the Button’s home.

“We have grass now,” joked Bill. “The actual house has not changed and everything still the same.”

While the couple works with their insurance company to come to an agreement, they’re living in an RV. By the time their home is safe to live in, Amy worries their children will have missed out on so many special moments.

“The fire happened just after my son’s ninth birthday,” said Amy. “Well now it looks like we won’t have a home until he’s almost 11 years old… we packed up his childhood. The toys that we’re gonna unpack, they’re not gonna be age-appropriate anymore.”

After shutting down their business, losing their home to a fire, and re-opening their salon during a pandemic, the Buttons still have faith in a bigger plan.

“It almost makes you thankful for going through the hard things,” said Amy. “Having faith that it’s all gonna be worth it in the end, not for nothing, and it won’t be wasted. I refuse to let the hard things in life be wasted… what’s the point?”

To contribute toward the Button’s effort to rebuild, click here.