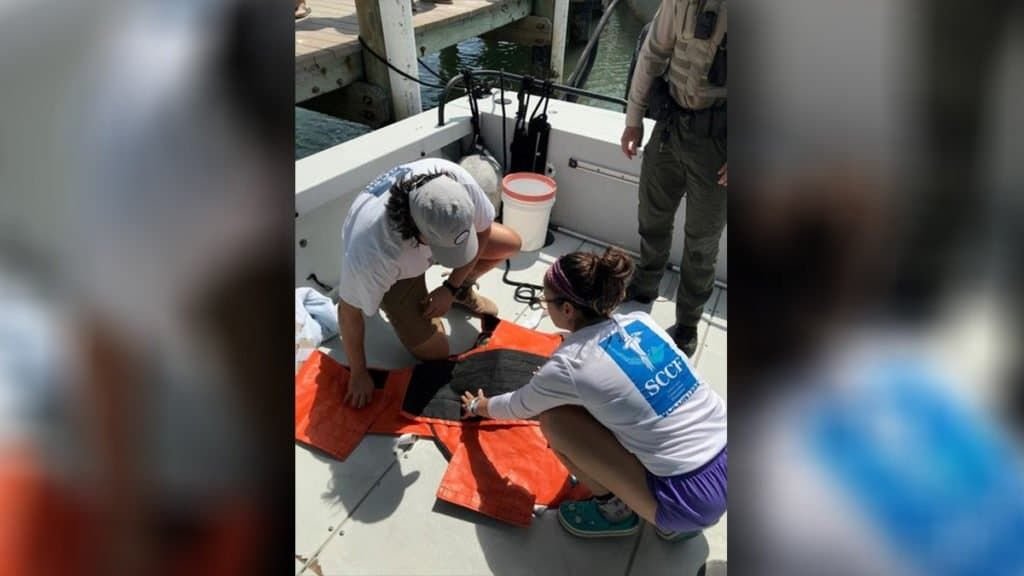 LEE COUNTY, Fla. – A Lee County deputy came to the rescue of an endangered sea turtle after he saw the animal in “obvious distress.”

According to the Lee County Sheriff’s Office, Deputy Kyle Hargis sprang into action after a lieutenant noticed the turtle having trouble in the water near the area of Coon Key.

Hargis successfully got the turtle, identified as a Kemp’s Ridley turtle, out of the water after several tries.

The turtle was covered in wet towels as rescue crews transported it to FWC and CROW who took over care of the endangered species.

Biologists said the turtle is a female between five and 10-years-old and was suffering red tide poisoning.

Deputies named the rare sea turtle “Miss Pacman” after the animal showed signs of life on the rescue boat and started “chomping” at deputies’ feet.